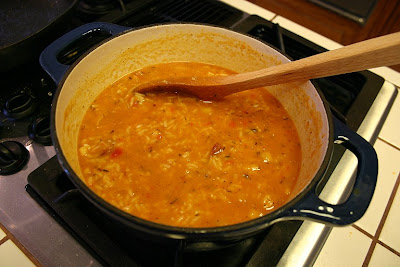 This post made me smile. Maybe we can talk about it over tea...

What a wonderful "homestyle" post. You have chided us in a most charming way.
It only takes a little extra time to make "slow food" and the benefits are almost a miracle to our bodies.
Thank you for the sweet "crinkle" of a smile that I had on my face through the whole post.
I love your post leader photo....

You made me love your Mammy. I am so glad you found your way. i was blessed with a country cookin mama. I had the opposite problem of fighting weight because my mama used cubes of butter liberally in her delicious farm style food. you have done well learning to cook and teaching it too.

yes... yes.... yes... i grew up in a modern kitchen with a mother who cooked gardened a huge garden and we butchered a pig and cow each year... it was a shock and treat to go to hardees when i was a kid... we always got hot ham and cheese sandwiches... we canned and froze and pickled things... and i should have paid better attention because ... I missed alot... but thankfully my mom can still tell me stuff as i ask and if i can keep her mind on track can get some really awesome infromation from her!

Ahh, what an enjoyable post!
You and I were born to the same family I think. For us, a good old home-cooked meal was a grilled cheese sandwich with canned tomato soup.
My kids eat fresh, unprocessed foods- as much as we are able-and my husband is always telling them how lucky they are to be eating a home cooked meal.
You are going to have to look into the Jamie Oliver Food Revolution. We will NEVER eat chicken nuggets again-- my boys' words, not mine.

Your mammy reminds me of my great grannie...I loved her kitchen and her. She too cooked homestyle. Hugs

my mum baked bread and made jam and did lots of homestyle type stuff.
i just dont have the time but we still eat home cooked as much as we can and i'm proud to say that my kids understand that the best food is usually simple and fresh.

What is simmering in that pot? It looks delicious! I'll have to try your 'not-so-secret' ingredient in my next chili creation. And YES donuts make your heart explode. Jerry will attest to that, his did a short few months after we were wed, he had spent years eating gas station donuts for breakfast and gas station hotdogs for lunch..... now I'm off to attempt my first time ever pumpkin cooked from scratch, I figure it can't be any different from any other squash. Love your posts Debbie!

Whatever you have cooking on the stove looks yummy! I bet it smells great, too! 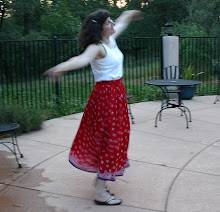 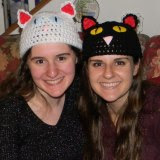 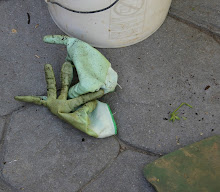